Every little girl has a dream. Be it to be on pointe as the very best prima ballerina, have a pony and its own picket-fence stables, or to finally meet Prince Charming and live happily ever after.

But for Rotherham’s Jaime-Lee Faulkner, her main ambition in life has a purpose; to break down stereotypes and use her voice to make a difference in the world, one high heeled step at a time.

Over the past eight years, Jaime-Lee has been competing in both local and international beauty pageants, travelling across the globe as an advocate for the pageant industry’s plight in supporting humanitarianism.

Scouted at just 19, the concept of a pageant was something entirely new to Jaime-Lee. Like many, she’d always assumed it was just about getting on stage and being judge on your appearance.

“Although that is one element to pageants, there’s so much more to it. The main ethos of most pageants were what I was all about,” she says.

There is so much more to it than just being a ‘pretty face’ or looking good in a swimsuit; beauty pageants have evolved dramatically since the 70s, dispelling old-fashioned beliefs of objectifying women in the processSavvy, goal-orientated and aware of her surroundings, Jaime-Lee was the perfect candidate for modern-day pageants; with dreams to develop her own confidence while empowering other women.

Already an ambassador for local charity, Safe @ Last, Jaime-Lee also held an active, healthy life, taking part in many sports and athletics which are key to the judging criteria. She even reached the summit of Mount Kilimanjaro with her mum for the charity.

During her time in the beauty pageant world, Jaime-Lee has created an honourable path for herself, winning many titles, placing highly and bringing home crown after crown.

But not just about the silk of the sash or the flash of fame, she has also dared to dream, following her heart to achieve her personal goals, making life-changing memories along the way.

At 21, Jaime-Lee came second in Miss England. The following year, she competed in Miss Universe Great Britain, placing in the top ten. Early 2013, she won Miss Galaxy England, heading off to America where she placed top ten internationally.

With the dream to one-day win Miss Universe GB, one of the prestigious Big Four competitions in the pageant world, she decided to take some time out, gain more life experience, and try again.

But thanks to her praiseworthy reputation, Jaime-Lee’s pageant hiatus didn’t last long; she was invited to take part in the first UK heat of Miss Scuba International in November 2013. A new phenomenon in the pageant scene, Miss Scuba uses courage and inner beauty to promote marine conservation.

To preserve the beauty of our fragile oceans, Miss Scuba combines a classic beauty contest with a whole new angle, promoting safe diving practices and protection of the seas.

“Miss Scuba introduced me to a whole new world under the sea. Before taking part, I had a fear of the ocean and wouldn’t go in past my ankles due to my fear of sharks.

“After overcoming all of my fears, I’ve learnt to scuba dive to a high level, dove in some of the best places in the world and have even become a rescue diver. I’ve done night dives and swam up close with sharks,” she says.

Jaime-Lee won the first-ever UK competition, heading off to the international finals in Malaysia where she also won the coveted Miss Scuba International crown.

As a scuba ambassador, her win sparked off a whole new adventure, travelling to the likes of Hong Kong, China and parts of Asia to promote the mantra of Miss Scuba, all the while discovering the underwater world.

In 2014, after her international title, Jaime-Lee decided to call it a day and retire from competing while on a high.

“But I still wanted to be involved somehow, I couldn’t just give it up completely. I thought, footballers who retire become managers, maybe I could train new girls in their pageant journeys.”

With the help of mum Jill, who runs the Miss South Yorkshire competition, Jaime-Lee took over directorship of Miss Scuba UK, running the pageant in 2015.

“All the coaching and judging made me want to get back on stage. I was getting older and was closer to the cut-off age, but still the dream was Miss Universe.”

Placing her bets one last time, Jaime-Lee decided to try out for the coveted Miss Universe GB competition once again, five years after her original entry.

“People said that I was brave; I’d already won an international title, what if I didn’t place? But nobody could take that away from me. Plus, I wanted to use the platform to continue my work in helping raise awareness of the dangers our oceans face, as well as get more women diving in what is generally a male-dominated environment.

“I’d grown so much since then in every way possible. I’d gained new life skills, had new passions. It seems silly, but even taking three flights to China by myself to meet influential people within the industry was a major milestone for me.”

With experience now on her side, plus the advantage of being on both sides of the judging panel, Jaime-Lee put her all into the competition and is testimony to the belief that you should never give up on your dreams. 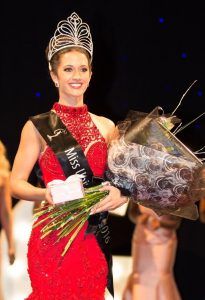 Last summer, Jaime-Lee was crowned Miss Universe Great Britain 2016, beating off 29 other beautiful girls from across the country to take home the sought-after title. Doing it for us Yorkshire folk, Jaime-Lee is the first girl in three years to win the crown from outside of London, and possibly the first winner from Yorkshire.

As part of the competition, Jaime-Lee and the girls worked hard to support two new charities, undertaking various philanthropic efforts throughout the event.

Her first official trip was flying out to India, where she was lucky enough to meet some inspirational women and girls who had been victims of acid attacks as part of the first charity, Sheroes Hangout.

A café that supports women of such tragedies, the organisation also employs some of the survivors who find it difficult to gain work due to their disfigurements or lack of education from long hospital spells. 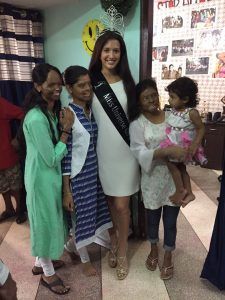 “They were all so happy, coming together as a sisterhood to empower each other. Miss Universe is the same really.”

A little closer to home, the second charity is Strongbones, who help children with bone diseases. Over £7,000 was raised by the finalists, and after winning the final, Jaime-Lee was granted £1,000 gift vouchers to buy Christmas presents for the children on the bone ward at Sheffield Children’s Hospital, the hospital nominated due to her hometown.

This January, Jaime-Lee will fly out to the Philippines for the Miss Universe final for three weeks of categories, costumes and competition.

Up against 90 other countries from across the world, Jaime-Lee and Great Britain was picked as one of 30 countries chosen before the competition to visit. With a film crew arriving from the US, Jaime-Lee was tasked with showing them her everyday life and promoting where she’s from.

“They really wanted to film us in London, but I’m not from there. I persuaded them that Yorkshire is a wonderful place to see and has some stunning landscapes.

“They filmed me in the gym doing my usual workout, at home with my family, and we even went to Wentworth Woodhouse before stopping off for a drink in the George and Dragon.”

With all the finalists training hard for the title, the pageant can become full-time work and is actually a career for many. However, Jaime-Lee is one of just a few contestants that runs her hobby alongside her actual job, running Beauty@Faulkners in Brinsworth.

Combining work with a jet-set lifestyle of catwalk training, international excursions and charity missions, forms to fill out, and interview screenings, it’s a wonder how she finds time to catch up on her beauty sleep.

“It is hard and the finals will be so tiring, but I just love it and gain so many lovely friends and memories along the way.”

With the full support of her family behind her, Jaime-Lee is hoping for success in the Philippines. Before now, Great Britain has never had a finalist win the competition, with only one British girl ever placing in the top ten.

Watched by millions of people across the world, the finals hosted in the Philippines are as big as the Olympics are here for them.

Whoever wins will become the title holder for the next year, travelling under the dream-cloud of the crown as a patron for many different charities, promoting the need for more investment in AIDS research.

“I get asked a lot – Do you need the crown, or does the crown need you.

“To me, it’s not just about the title. Whoever wins will become an international role model, their platform heightens, their voice heard a little louder. It’s up to you what you do with it; the right girl will do the right things.” 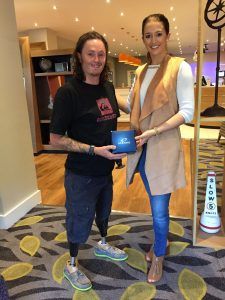 Often a springboard into influential careers in politics, business and broadcasting, the girls’ individual, localised ethics has the power to achieve global heights at the win of a crown.

But for Jaime-Lee, the promise of what may stand ahead of her still feels like a dream.

“It hasn’t sunk in yet properly. I’ve been on auto-pilot, flying here, there and everywhere but still getting on with my work and family life. I feel like I’ve been an apprentice these past few years, training for the Miss Universe title.”

Down-to-earth and simply a normal Rotherham girl, Jaime-Lee is a credit to our town. It helps that she’s naturally stunning, but her personality and ambition makes you look past all that.

Regardless of the glitz and the glamour on the catwalk, the millions of eyes scrutinising her every move from here on in, she can walk with her head held high that she’s achieved great things in life and made beauty have a purpose.