With a sixty-five-year history of capturing the beauty of Wath and its surrounding areas, the Dearne Valley Camera Club pans into a new frame with its move to Billingley Village Hall.

Started up in 1951 as the Wath and District Camera Club by management at Manvers Main Colliery, its purpose was to gather workers and companions together around a shared interest in photography and camaraderie. 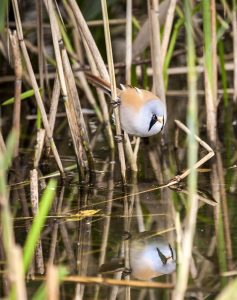 Meeting at the Dunholme House Social Club in Wath, club members gathered there for many years.

A hobby for most, the club has always been proud to showcase the photographic talent of its members, holding annual exhibitions at the Church House in Wath town centre.

When Wath Library opened across Montgomery Square in the 1960s, around the same time as the Nikon came onto the scene, former chairman of Wath Council, Ron Hughes, invited the club to be the first society to showcase in the library.

After gaining local interest, the club have held an annual exhibition at the library ever since.

With camera technology on the up thanks to the introduction of the flash and multiple processing and exposure modes, the level of work produced by both club members and amateur photographers worldwide began to improve.

In 1979, the club decided to host its first Open Salon, a competition where anyone could show their work and a platform for other photographers to come together.

Entries came from across the country, and today the club are recognised as one of the top salons in the North of England, holding salons annually ever since.

With the closure of the pit and a resurgence in new members from outside the colliery workers, the club changed its name in 1997 to the Dearne Valley Camera Club and today has around 30 members of ranging abilities who come from far and wide, reaching out to Worksop, Kendray and Worsborough.

Many members have distinctions after their names, racking up numerous accolades, including president John Jolliffe CPAGB AFIAP BPE1 who has been with the club since 1988 and gained both national and international acclaim.

Long serving member and vice president Tony Elliott, who followed in his father’s membership footsteps, joining in 1964, has been awarded meritorious service by the Photographic Alliance of Great Britain (PAGB).

Somewhat of a newcomer, having been with the club for 11 years, Patrick Maloney CPAGB is the club’s programme secretary as well as being the Yorkshire Photographic Union delegate for the club. 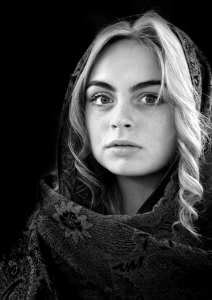 Along with the bigger salons, the camera club also host monthly in-house themed competitions, such as Landscape Trees or Black and White Abstract.

As technology has advanced and the rise of the digital camera occurred, the club have also stepped up their demonstration evenings, looking at the computer based side of post-production such as how to use Adobe Photoshop and camera software.

Lecturers come from far and wide; this year, the club welcomes Scunthorpe’s Duncan Holl, Leeds’ Brian Hemsworth and Pontefract-based Keaton Roebuck. Distinguished members from the club also head to other clubs to give lectures themselves.

And of course, there’s time to get out in the field and do what they do best. Capture the beauty of South Yorkshire.

With their recent move to Billingley, the club are hoping to entice more members to come and see what they do, especially the younger generation who are interested in photography.

The club meet every Thursday from 7.30pm at Billingley Village Hall, Back Lane, Barnsley S72 0JF