No matter what era you grew up in or if you have since moved away, most will have fond memories of visiting this grand Georgian house which lovingly tells the story of Rotherham’s rich heritage. 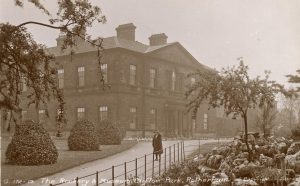 From cowering away from Marco the Brown Bear’s great big teeth, to marvelling at the exquisite Rhinoceros Vase, or playing in the Victorian kitchen, families have continued to flock to Clifton Park for a fun and free day out.

But before it was a museum, Clifton House was owned and lived in by prominent industrialists, the Walker family who were pinnacle in Rotherham’s early iron and steel manufacturing.

Built in 1783, the Palladian-style house was designed by John Carr, the Yorkshire architect behind the likes of Cannon Hall and Wentworth Woodhouse.

Clifton House passed through the Walker generations until 1861 on the death of Henry Walker, with many of the family portraits still hanging on the walls of the museum.

However, this glorious building failed to sell at auction in 1883 after the death of its subsequent owner, William Owen, and was instead bought by Rotherham Corporation in 1891 for £23,000.

The surrounding public parklands which included a fish pond, ice house and grazing land for cattle were opened as a pleasure park for the growing Rotherham population by Prince of Wales, Edward VIII that same year, with the museum opening shortly after in July 1893.

In those early days, the collections were made up of items donated by local people or societies, including Roman finds from the excavations at Templeborough.

Over the past 125 years, these collections have continued to provide insight into what life in the town was like throughout the centuries and include industrial artefacts, archaeological finds, fine art and natural science.

One stand-out collection is the world-famous Rockingham Pottery wares from just up the road in Swinton. One of the best Rockingham collections anywhere in the world, it includes a full dinner service, tea and dessert wares along with the striking 1.15m high 1826 Rhinocerous Vase – one of only two of its kind ever made. 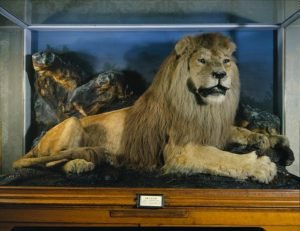 And we can’t forget one very old gentleman who will be looking forward to having a roaring great time for the next 125 years. Nelson, the museum’s resident Cape Lion, has been a mainstay feature of Clifton Park since 1946. He’s even got his own Lion’s Den play area which was created at the front of the museum in the late 90s.

Before he made his home in Rotherham, South African Nelson lived at London Zoo from 1859 until his death in 1872 when he was then stuffed by famous taxidermist Rowland Ward. Now extinct, he is a fascinating reminder of the Cape Lion and has been loved by many a visitor over the last 70 years.

With lots of exciting activities planned over the holidays, see their website for more birthday news and events.

Children of the Dark: Huskar 180