A tale of two houses, the majestically statuesque Wentworth Woodhouse has enthralled the general public for centuries gone by, with many in awe of its prominence both in history and society.

The diamond in South Yorkshire’s crown, after generations as a privately owned stately home, the house has become the axis of Wentworth village in recent years since opening its almighty doors to the public in 2012.

But with the declining property faced with becoming a white elephant, or worse a distant memory, the spectacular building has been given the prospect of adding further chapters to its story thanks to new conservation group owners, Wentworth Woodhouse Preservation Trust.

Following five years of fundraising to secure the £7million needed to purchase the impressive property, grants, public pledges and a £3.5million donation by the National Heritage Memorial Fund has meant that the Trust has saved this much-loved treasure from being lost forever.

However, the revival journey has only just begun; the team must now work towards implementing a long-term strategy needed to keep this jewel firmly at the heart of South Yorkshire.

Since being handed the keys earlier this year, the Trust, chaired by Rotherham entrepreneur Julie Kenny CBE DL, has set the ball rolling with their plans for the gargantuan project.

Made up of two houses, the illustrious palladium East front spanning over 600ft and the mystifying red brick Baroque front to the West, plus a 15-bay stable block, the restoration project will resolve to benefit the whole community in three different ways. 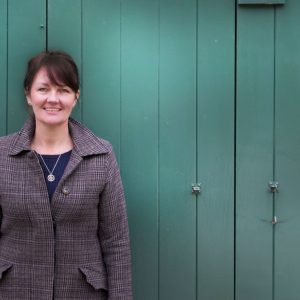 Appointing a new Chief Executive, Sarah McLeod, who joins the team full time in July, the Trust hopes to begin devising a Master Plan over the next six months under Sarah’s expert leadership.

Having been CEO of Cromford Mills in Derbyshire for nine years, Sarah has spent the past 15 years helping to rescue the Arkwright Society site, influential in turning the 1771 water-powered cotton mill into a multi-use facility through a total of £50million in grants, with the centre now recognised as a World Heritage Site.

Acquiring the site in 1979, Cromford Mills was opened as a visitor attraction in 2011 with shops, eateries, educational visits, as well as a business and corporate venue created in the Grade I listed building in the heart of the Derwent Valley.

Also chair of the Heritage Trust Network since 2014, Sarah oversaw the complete overhaul of the former Association of Building Preservation Trusts and made it fit for purpose to allow for supporting a wider range of heritage sites.

A champion of Britain’s architectural heritage, her new post at Wentworth Woodhouse will only add to her credentials, which include starting an environmental marketing agency specialising in educational projects. Sarah is also a published writer, having contributed to Derbyshire Life while working in Matlock.

“I think I have one last project in me and Wentworth Woodhouse is such a high profile case, it was too good an opportunity to turn down,” Sarah says.

While compiling her Master Plan, Sarah will be out in the field, taking to the village and wider region to meet with locals and landowners, as well as colleges and universities to provide skills and training to the younger generation.

“This will be a community-led regeneration project so I’m planning on getting out and about to meet as many people and hear as many opinions as I can.”

With a three-part vision in place by the Trust, Sarah is tasked with logistically bringing the individual elements together while keeping an evident brand of Wentworth running through each component.

As a popular visitor attraction, the tours will be expanded, allowing for specialised tours with more in-depth history and educational boards throughout. The main rooms of the house will be restored in keeping with the existing décor to bring in a wider public sector.

While work is being undertaken, Sarah also has plans to offer hard-hat scaffolding tours for visitors to see the development’s progress first-hand, along with a more wheelchair friendly access to the existing tours.

Complimentary to the heritage side of the project, the Trust will also expand into the leisure sector, creating luxury accommodation in the south wing to attract national and international visitors, as well as more events and venue hire held in the north wing. 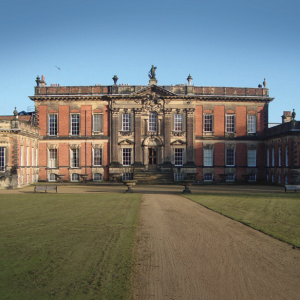 Finally, the stable block towards the park entrance will be developed into office lettings to entice a business sector into the grounds.

“All three business proposals work perfectly on their own, but together there are some issues we need to look at. For example, you can’t have a bus full of school children arriving for a history lesson where people are trying to relax in the accommodation suites.”

Work will begin in phases, with a timeframe of 25 years for all work to be fully completed.

“The areas we first start with might not be to the general public’s preference, but in order for the project to be sustainable, we need to start generating income to complete the other phases successfully.”

As announced in the Autumn Statement last year, Chancellor of the Exchequer Phillip Hammond has set aside £7.6million of government funding for crucial repairs thanks to invaluable support from Wentworth and Dearne MP John Healey and other cross-party Members of Parliament.

Although the total repair bill is estimated at over £42million, the pocket of money will help to somewhat soothe the damage caused by the cultural vandalism of post-war open cast mining on the land in front of the house.

With such an expansive story, the history of Wentworth Woodhouse stretches back through the previous owner, architect Clifford Newbold; to the Rolls-Royce enthusiast Wensley Haydon-Baillie; through the educational establishments of Sheffield University and Lady Mabel College when aspiring physical education teachers earned their educational stripes; to the grand debut of the ten Earl Fitzwilliams who brought industry to the village, as well as nobility and aristocracy guests to the 365 room residence.

How centuries of memoirs can be chronicled into one all-encompassing venture, only time will tell. But with the right people now firmly at the reigns, the adventure is only just beginning.

Run a Mile a Day with Ray Matthews