You and Your Health: Urinary Tract Infections 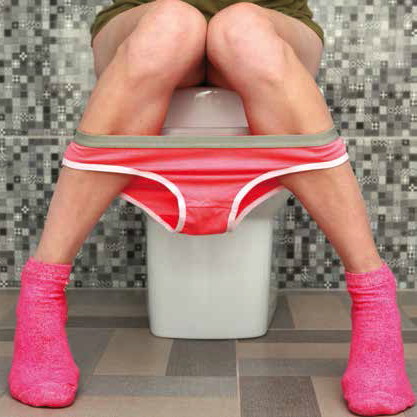 When nature comes a’tinkling and it’s time to spend a penny, common infections can make it really difficult for you to empty the tank.

Although toilet talk might seem a little potty, many of us will have experienced the anxious search for a loo, trying not to be left caught short following a sudden urge to pee.

But the number one reason for number one problems is often caused by urinary tract infections, or UTIs. The urinary system is made up of the kidneys and bladders, tubes connecting the two called ureters, and the urethra which connects the bladder to the outside. Their function is to filter the waste products from the blood and get rid of excess water.

Common infections, UTIs are caused by bacteria, usually from the gut, entering the urinary tract. They are more common in women with one in five women experiencing a UTI at least once; it may seem unfair but it is all down to anatomy – women’s urethras are shorter than men’s making it easier for bacteria to enter women’s bladders.

Men can still get UTIs but their urinary problems are often linked to the prostate gland which surrounds the urethra. If it becomes enlarged, generally in men over 50, it may cause benign prostatic hyperplasia (BPH) where pressure is exerted onto the urethra making urination difficult.

Uncomfortable and sometimes painful, symptoms of UTIs include an urge to urinate frequently with a burning pain and feeling that your bladder is not fully empty. Your urine may be cloudy or smelly with blood present. In men, symptoms can be waking frequently in the night and producing only a small amount of urine with a weak flow or dribbling.

Although the infection often clears after a few days, there are some simple ways to help prevent infections.

Good hygiene practice may seem second nature to most, but always wipe from front to back after using the toilet to prevent bacteria passing forwards. Clean before and after sex and urinate as soon a possible afterwards. Similarly, don’t hold it in for long periods of time as bacteria will only grow.

Wearing cotton underwear rather than synthetic can help, as can avoiding wearing tight trousers. Take showers instead of baths and try to stay away from perfumed bubble bath.

Remember to drink plenty of fluids to dilute the urine and flush out the infection.

The treatment of UTIs has recently changed; previously and antibiotic (Trimethoprim) could be obtained from your pharmacy. However, this is no longer allowed due to bacterial resistance. Over the counter products are also no longer recommended so you are advised to just take a painkiller, either paracetamol or ibuprofen.

There are other ways you can help treat UTIs at home. The most well known is cranberry juice and those who have had cystitis in the past will often have rushed to the supermarket aisles for a carton. Cranberries are thought to prevent the bacteria sticking to the walls of your bladder as well as providing vitamin C which is good for bladder health.

A teaspoon of sodium bicarbonate in a glass of water taken daily makes the urine less acidic, causing less burning and applying heat to the bladder region helps with cramps.

Natural remedies include pumpkin seeds which have a high zinc and fatty acid content and should be eaten raw; add a handful on your cereal or salad.

Herbs to try are uva-ursi (bearberry) which has an antiseptic effect on the kidney and bladder. Solidago (Golden Rod) or Equisetum (Horsetail) are diuretics which increase urine output thus flushing out the bladder. A more common herb is parsley, also a diuretic which can be brewed and drunk as a tea.

Saw palmetto is reputed to act on the hormones, decreasing testosterone secretion in men which in turn decreases the size of the prostate. Women who suffer from nocturia can also try it. This is a condition which usually affects older women who wake frequently in the night to urinate. The testosterone balancing effects of this herb increases the amount of urine stored in the bladder, thus decreasing the number of wake up calls. Avoiding caffeine and alcohol and not drinking fluids for about three hours before bed obviously helps.

Conventional oral medicines such as finasteride or dusasteride also decrease the action of testosterone. Alpha blockers can be taken which relax the muscles of the bladder making the passage of urine easier, but don’t decrease the size of the prostate gland. There are side effects with these medicines as there are with natural remedies so please discuss with your pharmacist or GP.

When to seek medical advice

If your symptoms are frequent or don’t go away after a few days, visit your doctor. UTIs in men are less common and more serious, also requiring a visit to the GP. You should also visit the doctor if you develop symptoms of a kidney infection such as fever, nausea, pain the back or sides, shivering and agitation.

Diseases of the urinary tract are very common and can soon be sorted out. However, blood in the urine with persistant back pain, especially in people over 60 may be a symptom of kidney or bladder cancer and this requires investigation usually involving a scan and a cystoscopy which a procedure when a thin tube with a camera and light on the end is inserted into the urethra.

For further health advice, email Andrew at:  andy@thewatsons.co.uk or visit the GoodMeasure website

Choosing a new hairstyle to suit your face shape