Back with a bang and ready to face another successful event, Rotherham Real Ale and Music Festival is once again returning to Magna, bringing with it a slurry of casks, crowds and most importantly, coal.

The former home of the mighty Steelos and its roaring furnace will be welcoming another northern industry into its midst, with the festival themed around celebrating 200 years of coal mining.

The 24th festival organised by Steve Burns and the volunteers, this year sees the weekend of events based around the mining industry which ran through the veins of South Yorkshire. Back to its usual springtime slot, the event runs from Thursday 2nd to Saturday 4th March.

Working with former miner John Greaves, who is now part of the Schools Library Service, the festival organisers have managed to secure many mining artefacts for the event.

As with many families, John followed in his father’s footsteps, working as a miner for 26 years at Goldthorpe Colliery; he sealed the pit shut when it closed in 1994. Today, he teaches children about the coal industry’s past, reliving what life was like down the mines.

Although some think beer festivals are the haunts of the older folk, particularly men, who love to sample and savour the aroma of a real ale, the choice of drinks and music on offer means that the festival has become increasingly popular with both ladies and the younger generation of drinkers.

With beer from each coalfield in Yorkshire, there will also be a range of real ales from Bristol and the West Country, home to some of the oldest mining communities in the UK.

Making up the 230 different hand-pulled ales are a selection of foreign and continental beers for you to try; with a taste for every palate, there’s new and exciting ales for the accustomed beer drinker, or subtle beers for those apprentice taste buds.

For a fresher flavour, there will also be around 70 ciders from across the country, plus 30 wines and even prosecco to get the festivities off to a cork-popping start.

One of the largest real ale and music festivals in the north, the weekend will see over 70 breweries getting involved; the big boys from Timothy Taylor and Theakston will be joined by some fantastic local breweries such as Stancill, Abbeydale, Bradfield and Chantry.

The event will be split into different areas, with a section for West Country beers, North Yorkshire ales and the popular Bombardier Beer Bus is back by popular demand for you to hop on board and enjoy a drink.

With food stalls selling lots of Yorkshire produce, there is even a chocolate stall which we are told goes exceedingly well with a cold glass of beer; forget wine and cheese, this is the future.

In the depths of the darkened halls of Magna, be prepared to hear the ripple of bass like an echo down the pit shaft as you take to the Boardwalk Music Room or hear the bands play from the main stage. 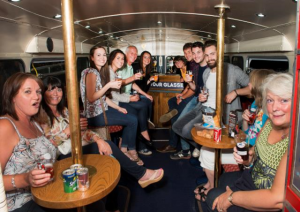 Combining some popular tribute acts with A-class local bands, the festival will be alive with the sound of music all weekend long.

On Thursday, classic rockers Mahogany Newt will up the guitar tempo with ear-splitting songs by AC/DC, Whitesnake and the legendary Bowie that you’ll just want to sing along to – air guitar and all. They will be joined by Europe’s number one Madness tribute, Badness, who are back once again with their baggy trousers and bouncing SKA tunes.

Friday brings the reggae sounds from the 11-piece Sheffield band, Jungle Lion, along with the last ever performance from popular local band Tush. Covering everything from the modern rock songs by Kings of Leon and Foo Fighters, to 90s classics by Blur and Oasis, local boys Contraband bring the classics for both young and old.

And finishing off on Saturday, headlining the stage will be John Riley and his well-experienced Acoustic Angels, a highly-acclaimed band who are sure to bring in the crowds. And the nine-piece GMen from Sheffield will be bringing the soul of Otis Reading and James Brown, along with saxophone, trumpet and trombone. 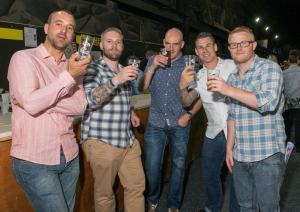 Having raised over £160,000 for charity since its relocation to Magna in 2011, this year, the festival will support Rotherham Cancer Care Centre based in Clifton.

Providing free care and support to Rotherham people who have been diagnosed with cancer and their main carer, the centre offers therapies and counselling to help people cope with and understand their diagnosis, as well as improve their quality of life.

In association with Wilford Smith Solicitors, the organisers are hoping to raise vital funds to keep the centre going as it relies purely on donations and receives no NHS funding.

Sponsorship packages are available, with cask sponsors just £100 which includes eight tickets to the beer festival.

The team are also looking for extra volunteers to help with the logistical side of the event, helping set up the many different areas, serve behind the bar, and dissemble the stages once the event is over.

beer fest2
Previous
Out and About
Read more

Something to get your Teeth into