This May brings the annual Foster Care Fortnight, a national campaign that highlights the transformational powers of fostering and how it can totally change lives for the better.

We’ve highlighted in the past some of Rotherham’s inspirational foster carers and their continued commitment and dedication to helping looked after children, but what about those children they have supported. 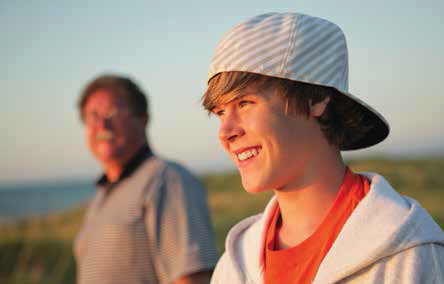 No two stories of looked-after children and their experiences are ever the same. Some children have many placements for one reason or another, faced with confusion and uncertainty. Yet others are lucky with long-term placements, nurtured with kindness and patience for many years.

For 27-year-old Adam, he was one of the fortunate ones who found his forever family that helped to transform his life.

After his birth mum couldn’t look after him, Adam’s grandparents offered to take him in. But sadly, his grandmother passed away not long after and his grandfather worked full time.

Placed into social care at just four, Adam’s first placement was for eight months. Just before his sixth birthday, he moved to a new home for two weeks respite – and ended up staying for over 20 years.

“I never needed to go anywhere else after that, I was happy. I always thought I was adopted; I was their son and they my parents. But I was actually on a long-term placement,” Adam says.

Like many foster carers, Adam’s parents offered him permanence, giving him a secure and stable home to support him through childhood and beyond.

Having worked at Rush House, Adam’s mum had experience of working with vulnerable children and young people. Her husband was retired and the pair had the time and space to help other children in need of a loving home by becoming foster carers.

Growing up, Adam was surrounded with loving relationships and felt a sense of belonging to his parents’ own families; both were widowed with children of their own and came together as one big family.

“My mum has four kids and the youngest is in their 40s now, so I’ve always been their little brother. My dad’s youngest was just five years older than me and we basically grew up together.

“I was like Mum and Dad’s first child together.”

The couple also fostered two boys of similar age to Adam with the three of them all treat the same. Be it support at school or family holidays, the children were welcomed wholly into the family and were given opportunities by their parents.

Even after reaching 18, when looked-after children are legally allowed to live back with their birth parents, Adam decided to stay where he was, having had no contact with his biological mum since he was six when she stopped turning up to contact sessions.

“They’ve changed my life, my mum and dad. I wouldn’t be the person I am now without their support.

“I don’t talk about being in foster care very often, but when I do people are shocked. They seem to stereotype and think I should be a bad lad with no manners and a poor background. But my parents have helped me achieve what I have.”

After leaving school with good qualifications, Adam started an apprenticeship as a motoring technician where he’s remained since.

“I think my dad would have wanted me to go to college and university, but he fully supported my decision. I wouldn’t have gone on to have the good job I do without him, like I wouldn’t have met my partner, had a son or bought a house without my parents’ help.”

Continuing to support Adam throughout adulthood, his parents have been the pillar of strength in his life.  They were there when he and his partner were saving for a mortgage deposit and also when their son was born to help with childcare.

Even now in his 80s, Adam’s dad still provides respite care for looked-after children while caring for his elderly auntie.

“People often think that fostering is all about the money. But it’s so much more than that. My parents have passed their honest values onto us and we hope to one day give a child like me the same opportunities that I’ve had through fostering.”

Run a Mile a Day with Ray Matthews