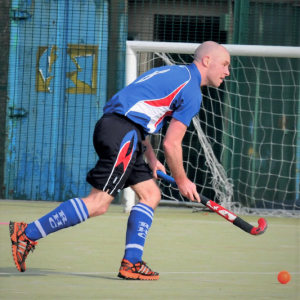 s we push on into autumn, Rotherham Hockey Club are celebrating two momentous occasions; not only is it their 90th anniversary this October, but the club are switching the field and shuttling back into Rotherham to start the 2017/18 season back on home ‘astro’ turf.

After the closure of the Firth Rixson Sports Club in Brinsworth four years ago, Rotherham Hockey Club lost their home ground and sought short-term refuge at Westfield Sports College, Sheffield for training and home fixtures.

However, like a phoenix rising from the ashes, the Aurora has been reincarnated by a partnership between the club and Sheffield Hallam University in a bid to bring hockey back to Rotherham.

Since its formation 90 years ago, when 11 members of Rotherham Main Tennis Club met one October night in 1927 to discuss playing a winter sport, RHC has operated from many home grounds, facing setbacks along the way.

The first games in 1927 were played on the colliery field before the colliery ceased facility provision due to the government’s new Rateable Land policy for sports grounds. 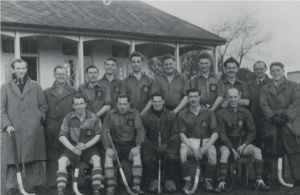 Before the 1929 season began, the club moved to Mr Merryweather’s field in Canklow. However, the owner kept horses on the field and players, armed with buckets and shovels, had the task of de-manuring the field before every game.

After bouts at Herringthorpe Playing Fields and The Pitches at Stag, the club settled into the Aurora which they enjoyed for many years.

With its new revival, the facilities built by Kier will provide Rotherham’s only dedicated hockey pitch, with a floodlit, full size pitch and 7-a-side inter hockey pitches used by both senior and youth teams. Thanks to the generosity of members and friends of the club, Rotherham Hockey raised its own funds and contributed towards updating the desolate site.

As a family club, they offer coaching for children aged five and upwards, with their oldest player 76. 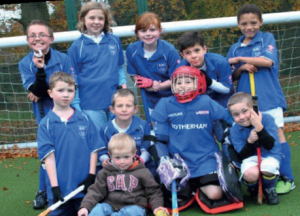 Establishing a youth team in the 80s, the club has seen a rising number of players pass through the youth side into their senior squads. Having started out at RHC aged 14, Youth Development Coach, David Woodward, has been fundamental in helping children and young people get to grips with the basis of hockey. David was voted in as RHC President earlier this year at the club’s AGM.

With the help of new Development Officer, Ben Davis, the club continue to work with local schools to attract more children into hockey, offering taster sessions in PE, after-school clubs and cross school tournaments in the hope to whet the schoolchildren’s appetites to join the club.

“The Otter teams are a great introductory for younger kids under eight – as long as they don’t wave the sticks in the air,” David says.

Guided by David, the youth teams then progress from age nine where they develop skills and abilities, both sporting and social. The club also offer a team in the development league for advanced 11-12-year-olds.

“We have an under 12s girls team who get on like a house on fire which is more successful to us than doing well in the league.”

A club for all 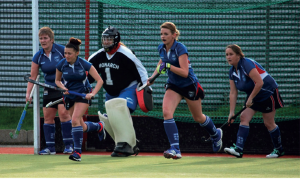 The club have two successful ladies teams, with the first team trained by former England U21 coach, Lynn Robinson. The Ladies second XI, containing many under 17 girls from the clubs youth system, are coached by Head Youth Coach, Mick Davis and gained promotion last season.

RHC started in 1927 as a ‘men-only’ club and at one stage they had eight teams playing in various divisions in the Yorkshire leagues.

Rotherham Ladies launched a women’s team in the 70s who went on to win the league ten times between 1974-85. After returning to the Sheffield and District Women’s Hockey League in the 90s, they defended their title seven times from 1992-2003, forming a second team who won the league four times from 2004-10.

In 2004, the club became the first in Yorkshire to be accredited with the Sports England ‘Clubmark’ and be part of the England Hockey ‘ClubFirst’ Programme for their high standards in club welfare, coaching and management. Five years ago, RHC merged with Rotherham Ladies and Rotherham Youth Hockey.

With the future of the club now sticking firmly in Rotherham, they are also hoping to start a Flyers team, working with young people with special needs in partnership with Michaela Wild who works with Active Rotherham.

Thanks to the team of experts off the pitch, the club has seen many players work their way up the rankings, with some having international caps for England and Wales. 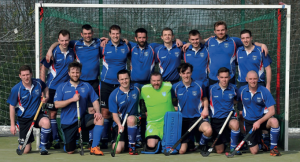 Many others have gone onto stay at the club including past first XI player Richard Haigh, who combines playing with helping to promote the new facilities and the benefits of taking up hockey.

Richard says: “To celebrate our big birthday and new home, the club are running special events this September and we wish to invite all Rotherham Hockey Club life-members, vice-presidents, past, present and future players, parents, guests and supporters to our celebrations. Everyone is welcome to get involved and participate.”

Here’s what will be happening:

Sat 9th: Hockey Fest with England Hockey Olympian in attendance, all are welcome from 12 noon

Fixtures take place on Saturdays from Sept to April

For more information about joining the club, visit their website

Laying the foundations for a career discovering fossils

Not last orders just yet for Clubland