For many children growing up, their lives are shaped by the animated friends they see on films. Lessons are learned about courage, conscience and character. Role models are made like a brave flying elephant or a bunch of toys whose friendship triumphs all.

But for one young man in particular, Disney films gave him a sense of identity and helped him see the world in a different way. 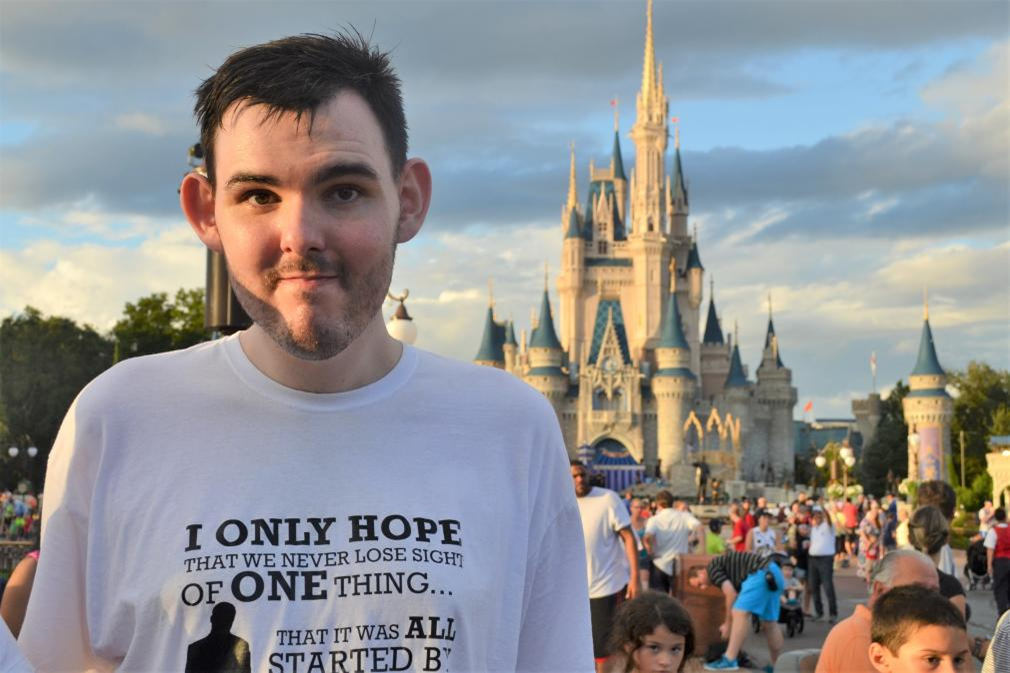 When Ben Heap was three, he was diagnosed with severe Autistic Spectrum Disorder.

A typical baby to parents Melanie and Chris of Kimberworth, they originally noticed a change in their son around his first birthday when he appeared somewhat different, vacant.

As he got older, he struggled to respond to communication and was tested for hearing problems at 18 months. Another year and half later following visits to a clinical psychologist, Ben’s parents were finally given the diagnosis.

In the UK, one in over 100 people are autistic, with initial symptoms starting to show around three-years-old.

“Early intervention is always better for both the child and their family. It was hard for us to come to terms with at first, but at least we had an answer. Some children are still not diagnosed at nine or ten,” Mel says.

After his diagnosis, Ben started at Robert Ogden School in Thurnscoe, one of the eight schools in the UK run by the National Autistic Society. He stayed in education until he was 19 with the school offering him and his parents support throughout his childhood and beyond.

Like many autistic children, Ben had problems with social interaction and communication with limited and delayed language.

Through the common behavioural practice of echolalia, or repeating things, Ben taught himself how to speak by copying phrases from his favourite Disney films.

“Ben liked singing along to the songs and one day, his big sister Charlotte and I joined in. He just looked at us in shock like – ‘you get me!’” Mel says.

While every person with ASD is different, some show behaviour similarities often having highly focused interests.

“Ben lived and breathed Disney – there was nothing he didn’t know. He had a photographic memory and created lists of all the film credits after they’d ended, naming the directors and voice cast off by heart. He automatically knew how to write, spell and type, it took our breath away,” Chris says.

As Ben grew older – and grew he did, reaching 6ft 6 – his parents had to learn to develop thicker skin. For autistic people, the world around them can be overwhelming, with simple situations or change to routine causing anxiety.

As children, they can often be seen as naughty or challenging to outsiders. But as adults who don’t look ‘disabled’, they can be misunderstood.

Although a gentle giant, Ben’s mum made t-shirts with his favourite characters and slogans on to let people know his condition–  a Shrek ‘I’m not an ogre, I’m autistic’ was one of his favourites.

“We went nine times but always to a villa with a pool as busy hotels were too uncertain for Ben. He loved it underwater and sat for minutes at the bottom to drown out the different noises he found difficult to process.

“One day he came in and said ‘no more Florida, Canada, build a snowman.’ It must have been for Frozen,” she says.

Sadly, Ben never got to play in the Canadian snow. He passed away suddenly on February 23rd aged 27. Ben also had epilepsy since 12 which put him at a higher risk of Sudden Adult Death Syndrome.

“He didn’t understand what was happening to him during uncontrollable seizures and became very weary of them.”

While nothing can take away the pain of losing a child, Mel and Chris have been campaigning to raise awareness of autism while also fundraising for Robert Ogden School to leave a lasting legacy for Ben and make a difference to other autistic children’s lives.

A charity night in April raised £1,700 on the night and with church donations, their total is currently around £2,500.

“The support and generosity we’ve received has been remarkable, it’s kept us going.  The morning of Ben’s funeral, the balloons on the Up house collection box had gone down but Adele’s Occasions in Mexborough came and refilled them for free,” Mel says.

A local Sunday league footballer for nearly 40 years, Chris hung up his boots two years ago age 51. After hearing the family’s story, his ex-team mates are organising a charity match in aid of their appeal on Sunday 21st May at Sheffield Hallam Sports Park, Brinsworth.

“We only ever got Ben on a pitch once and that was at Millmoor. Every time we passed he’d point and say ‘there’ so we asked the groundsman if he could come in as we weren’t sure what he wanted. He ran on the newly-laid pitch and jumped up and down, his face lit up,” Chris says.

Based on the match in Bedknobs and Broomsticks, there’ll be no rhinos, elephants and hopefully no cheaters, with heaps of players wanting to be involved, including Chris’ uncle Ray who’s 76.

Both teams will be hoping for support on the day, with Ben’s niece and nephew Lily and Jensen putting on their best Disney outfits to cheer on Grandad and his team mates.

Chris McEwan, one of the organisers said: “Chris always played football with a smile and his extremely likeable and friendly nature made him a popular figure. He was the oldest but fittest amongst us, and we’re looking forward to all lacing up our boots again to raise money in Ben’s memory.

“The backing and support has been phenomenal and I’d like to thank The Manor Barn in Kimberworth for sponsoring the match and Aroundtown Magazine for their brilliant promotion. It means we can raise even more money for The Robert Ogden School. The cherry on the cake would be for as many people as possible on the side-line cheering us on.”

With a celebration of Ben’s life back at the Manor Barn afterwards, the team are now looking for raffle prizes and donations to boost the pot of money even further.

John Green, Business Development Manager at the school said: “We were all saddened to hear of Ben’s untimely death and gave our heartfelt condolences to his family.  We hope that the football match is well supported and would like to thank everyone involved in the fundraising.  Every penny raised will be put to good use by the school for improving the lives of children who like Ben have autism.”

As Cinderella once sang: ‘No matter how your heart is grieving, if you keep on believing, the dream that you wish will come true.’

Ray Matthews: Inspiring a nation one step at a time