Back in the day, Barnsley and Rotherham were known for their booming industries. This area may no longer be the prodigious producer that it once was, but there was a time when the pits were thriving, the iron was hot, and glassblowing was ever expanding.

While little remains of our industrial heritage, we’ve taken a journey back in time to rediscover our manufacturing roots.

It’s common knowledge that Rotherham has an extensive history in the production of iron. A fact less known is that the family responsible for the construction of Clifton House also established one of the largest iron foundries in the UK.

Joseph Walker was a nail-maker from Grenoside and the father of the company’s founders.  Back in 1741, Joseph’s three sons, Jonathan, Samuel and Aaron, built a furnace in their father’s smithy on their farm where they began re-melting pig iron and scrap cast iron. The business became so successful after a few short years that Samuel was able to resign as a teacher in 1746. 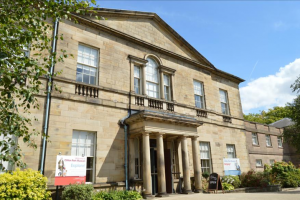 Following their move to Masborough later that year, they built a casting house with their brother-in-law, John Crawshaw, subsequently branching into the steel industry in 1748. Being near the River Don was advantageous for them as it allowed for easier transport of goods through the Hull and Humber ports.

While they made all manner of iron and steel products from kettles to fireplaces, Walkers specialised in cannon production. During the American wars for Independence, The Walker Iron Works supplied a great deal of cannons to the British government as part of an agreement with Wentworth’s Marquis of Rockingham who was Prime Minister. They made over 13,000 tons of cannon over the next forty years and supplied 80 of the 105 cannons on board the HMS Victory, the British flagship in the Battle of Trafalgar.

Before long, it became one of the largest foundries in the UK, stretching from Liverpool to London. By 1782, The Walker Iron Works employed 1,000 people at the five steel furnaces in Masborough, with their business worth £100,000 which equates to around £8 million today.

It was in 1783 that Joshua Walker, one of Samuel Walkers four sons, built Clifton House, now the museum, as a display of his wealth and power which had arisen through his work making cat iron bridges. The family also built Ferham House and Eastwood House. 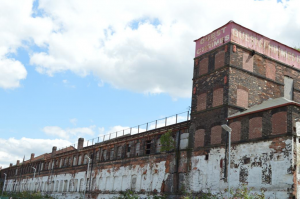 The Chrimes family was the leading influence in Rotherham’s brass industry throughout the 1800s.

In 1822 Edward Chrimes, a former plumber and glazier, bought some land near the River Don and the marketplace. There, he established a brass foundry, calling his company Chrimes and Sons; his sons being Edward Jr, Richard, and Peter.

Following his father’s retirement in 1844, Edward Jr acquired the patent for his invention: the screw down high pressure water tap. Unlike the common quarter turn taps, these, with their replaceable rubber washers, were able to handle high water pressures, making them the first leak proof tap- a long awaited invention that vastly improved public health.

In 1846, Peter and Richard left the company, and in their absence, Edward partnered with Thomas Neatby. When Edward died aged 31, Richard returned to take over, and created a partnership with John Guest, leading to the business being renamed Guest and Chrimes. In 1857, they purchased new land on Don Street where they continued to expand until their closure in 1999.

Where once stood the heart of Rotherham’s successful brass industry now there is little more than a husk. While the building is listed for its industrial heritage, it has long been abandoned. However, in the Rotherham town centre master plan, the council hopes to rejuvenate the site, turning it into a hub for leisure and recreation.

Much like Rotherham, Barnsley has a thriving industrial past. It’s clear to see the industrial impact on Barnsley through its coat of arms which depicts a glassblower and a miner. Throughout the 19th and 20th centuries, there were three large glass works operating in the area: Wood Brothers, Redfearn Glass Works, and Hope Glass Works.

In 1828, four men, Usherwood, Barron, Cartwright, and Perkes set up a glass house at Worsbrough Bridge that would be the foundations upon which the Wood Brothers would build their business.

By 1834, the only original founder that remained was Richard Perkes who worked as the glassmaker. Over the years, he had been joined by brothers James Wood, the glasscutter, and John Wood, the manager.

In the wake of Perkes’ death in 1854, William Wood returned from Baccarat crystal glassworks in France to join his brothers’ business. Shortly thereafter, the company became officially known as Wood Brothers. In 1870, they were joined by the final brother, Alphonse Wood, who had learned how to gild and etch during his own time at Baccarat.

Following the end of their lease at Worsbrough in 1872, the Woods bought some land in Barnsley near Hoyle Mill and set up a furnace there, eventually moving all their production to this new glasshouse. Here they specialised in scientific, laboratory and medical glassware, changing direction from their earlier production of table glassware and lampshades. 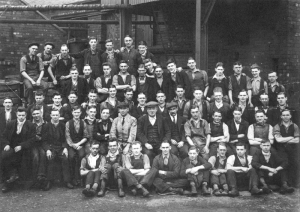 Redfearn Glass Works is one of the few companies mentioned here that still runs today. However, its historical significance starts way back in 1862 when it was first opened by the Redfearn family.

Fifty years later, in 1910, the company was incorporated as the Redfearn Brothers. Over the next few decades, the company continued to grow, leading to a move to a bigger factory at Monk Bretton in 1947.

The business changed its name to Redfearn National Glass when it merged with the National Glass Works in 1967. At that time, they had over 1,800 workers, making them one of the largest employers in Barnsley, second only to the National Coal Board. 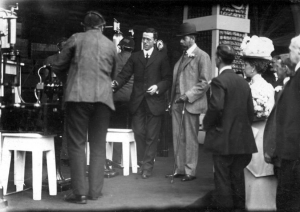 In 1867, Hope Glass Works was founded by Ben Rylands. Ten years on saw the beginning of a partnership between Rylands and Hiram Codd, the man responsible for the invention of the Codd Bottle.

This bottle had a huge impact on the packaging of fizzy drinks as it used the pressure of the carbon dioxide to push a marble against the neck of the bottle, creating a perfect seal. This partnership remained until Rylands’ death in 1881.

Dan Rylands, Ben’s son, took over the partnership with Codd in 1882. However, after only two short years, Codd allowed Rylands to buy him out of the business.

Rylands ran into money trouble in 1893 and attempted suicide when he was declared bankrupt. In a touching gesture, his employees raised £300 so that his family could keep their possessions. Sadly, his troubles persisted and he took his life in 1910 after the company was bought out by Woods in 1905.

One of the most momentous occasions in this company’s history was the visit of King George V in 1912. To celebrate the royal visit, all workers were given commemorative glassware. Men were given beer bottles; women, marmalade jars. Soda siphons were handed out to local pubs and even children received Codd bottles to mark the occasion. This glassware is very famous and highly valued by collectors due to its rarity.

These companies are but a few of those that flourished during our industrial peak. For a long time, it was businesses like these that defined Rotherham and Barnsley, putting us on the map for the first time.  And although most of them are gone, they are certainly not forgotten.