Family
Out and About
Rotherham

Teaming up to remember Ben Heap

A wise old monkey once said, ‘the past can hurt, but you can either run from it or learn from it.’ 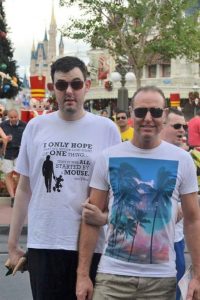 Ben and his dad Chris at Disney

Rotherham couple Melanie and Chris Heap are following the advice of Rafiki from Disney’s Lion King and using their personal experience and courage to raise awareness for Sudden Unexpected Death in Epilepsy (SUDEP) following the untimely passing of their 27-year-old son, Ben, last year.

Regular readers of Aroundtown may remember the story about Ben Heap which we shared with you last May. A gentle giant at 6ft6, Ben had severe Autistic Spectrum Disorder and taught himself to speak by watching his beloved Disney films.

His parents have since learned that Ben, who also had epilepsy from being 12, passed away from SUDEP, something they had never heard of.

Now, 12 months after losing Ben, Melanie and Chris want other parents and those living with epilepsy to be aware of SUDEP and are raising money to support other people dealing with bereavement.

One of the top ten causes of early death, SUDEP occurs where no reason for death is found and the person was otherwise healthy. It happens to one in every 1,000 living with epilepsy, with 600 British people dying from SUDEP every year, mostly aged between 20 and 40.

While epilepsy is a complex condition which can be worrying and difficult to understand, particularly for Ben who was weary of his seizures, global awareness days such as Purple Day which is celebrated on Monday 26th March makes epileptic people realise they are not alone.

Following last year’s charity football match and race night which raised a supercalifragilisticexpialidocious £4,798 for The Robert Ogden School for Autism in Thurnscoe which Ben attended, Chris and Mel along with Chris’ football team mates are putting on a rematch – this year to raise money for SUDEP Action along with the school.

Based on a Bedknobs and Broomsticks theme again, this year’s match on Sunday 29th April sees the True Blues try and take King Leonidas’ crown back after last year’s 4-2 defeat to the Dirty Yellows. 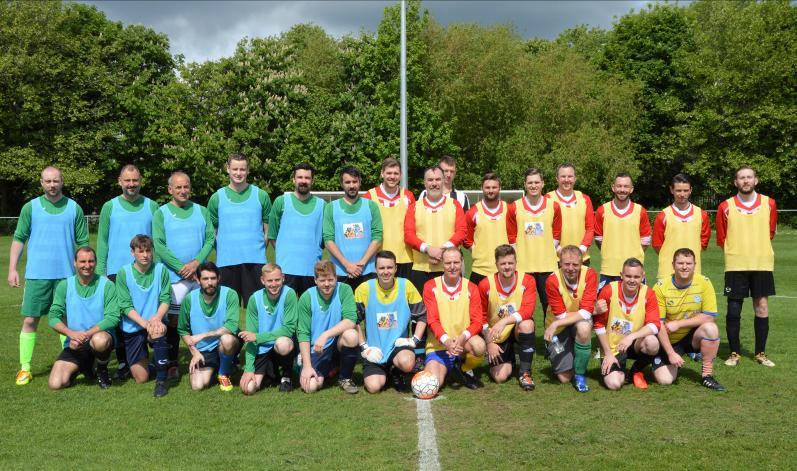 The Ben Heap Celebration of Life football match will kick off at 10.30am at Millmoor Junior’s home pitch on Grange Park, Kimberworth. The following Friday on 4th May – or Star Wars Day – the family will also host an evening at The Manor Barn in Kimberworth with a race night, live music, auction and raffle, plus Disney themed quiz.

All money raised from the two events will be split between the Robert Ogden School, one of only eight in the UK run by the National Autistic Society, and SUDEP Action. 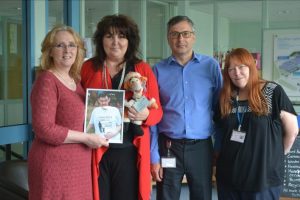 During what can be a traumatic time for families, SUDEP Action provide bereavement support and counselling to help parents and loved ones come to terms with the situation. They are also funding research into creating a pioneering wearable device that can wirelessly send alerts if the wearer is suffering a life-threatening event such as paused breathing or changes to heartbeats.

These devices which are hoped to be available on the NHS in the next six years allow the time for others to perform CPR or call for help and prevent SUDEP from happening.