Barnsley
Out and About

When landscape architect, Richard Woods, stood on Cannon Hall’s south front terrace in the 1760s proudly admiring the fruits of his labour, he would have no doubt marvelled at the encompassing sloping lawns, the floral embellished pleasure grounds and the ornate kitchen gardens that he had masterfully created for John Spencer. 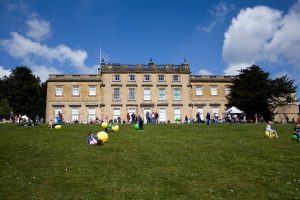 Now, over 250 years later, Woods’ Georgian vision and vistas are being brought back to life thanks to a £3million grant which will fund the restoration and conservation of Cannon Hall’s 76 acres of parklands.

As part of the Parks for People project, a combined initiative by Big Lottery and the Heritage Lottery Fund, Cannon Hall Museum has secured £2,925,200 to revitalise and rejuvenate their historic park for the benefit of the wider community.

Further funding has been made available from Barnsley Metropolitan Borough Council and the Country Houses Foundation, plus £40,000 which was raised by Friends of Cannon Hall, making a total budget of £3.4 million.

Restoring the Glory; Revealing the Secrets is a three year project which began last February and is being overseen by project manager, Sharon Sutton. The project focuses on improving five interlinking areas of development in the hope that the regeneration will enhance enjoyment and appreciation to entice more people to use the Cawthorne site.

To enable the park to remain open to visitors throughout the project, work will be undertaken in stages, rather than all at once, with just a few restricted areas at each phase. 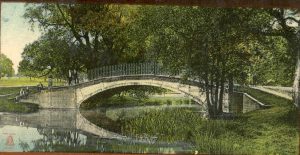 One year on, and following extensive planning and public consultation, the diggers are out and work has recently begun on the first of the five areas; restoring the lakes to their former grandeur.

Following a long running local campaign, work is now underway to dredge the lakes. Along with improving water quality to encourage more aquatic habitats, silt removed from the lakes will be spread on to the surrounding grounds to help nourish the soil.

Trees around the lakes will be removed to re-establish the banks and the surrounding areas will be muddy for a few months until work is completed in early summer.

However, once finished, visitors will be able to take part in Georgian pastimes, such as boating and fishing, and see the serene beauty of these forgotten lakes.

Following on from the de-silting of the lakes, the team will move on to cultivating the 18th Century landscapes that surround the Hall.

If you’ve walked around the front lawns in recent years you may have noticed it is often boggy in places, even on dry summer days. Having been first developed during the Georgian era, much of the original drainage has become blocked or collapsed, causing springs of water to pop up across the grounds.

As part of the restoration project, sections of the vast grounds will be drained to enable regular use all year round and long term management will see less mowing to let grass grow and reduce barren areas. 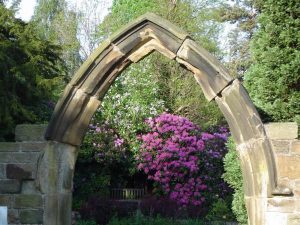 A new pushchair and wheelchair friendly path will be laid around the edge of the park; starting from the car park, this will work its way around the front of the Hall to the Fairyland gardens, before passing back down to the lakes.

Overgrown vegetation will be removed to clear the vista and open up the perspective heading down towards the currently hidden lakes. However, the project combines style with substance. Not all dead trees will be felled – as originally suggested by developers – as the project team recognise that the bugs and critters living in the dead wood are vital to the eco system and food chain at Cannon Hall.

The Victorian Fairyland will be tidied up and paths re-laid to take visitors back to the days when ladies in bonnets, bustles and beehive skirts would have taken some air amongst the gothic pillars and arches.

To encourage more families to visit the park, a new adventure trail and discovery area will be created in a currently under-utilised area by the deer shelter. Visitors big and small will have the chance to get their hands dirty through art, play and discovery, with activities such as den building, a mud kitchen and chainsaw sculpture demonstrations. 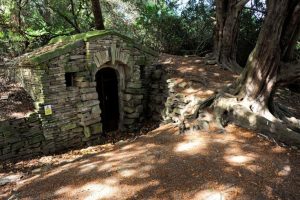 While the standout building in the park is of course the almighty Hall, restoration is planned for later in the summer to revive some of the lesser known structures that are well hidden within the grounds.

Just metres away from the Hall sits the privy midden; the original toilet which was once used by the Spencer family, with separate doors for boys and girls.  Although covered in moss and sheltered by the trees, this area will be cleared and sign posted to give the throne some dignity back.

Another obscure feature is the ice house, a brick built igloo which is frozen from view by the woods. Here, ice from the lakes would be stored for the summer to make ice cream or cool the cold stores in the Hall’s kitchen long before electric refrigeration. While it is too small to enter, plans are in place to provide photographs and information boards for visitors to see the exquisite bricklaying skills that form the dome. 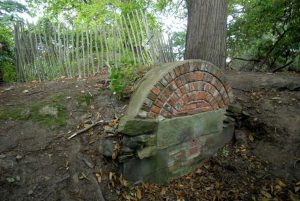 To the west of the Hall, behind the walled gardens, are the old stables which subsequently became the workers cottages. While some of these are privately owned, Barnsley Museums owns two of the cottages which have been derelict since taking over the site in 1957. These quaint listed properties will be renovated and rented out to residents towards the end of the year.

A third building is also up for development, with the walled garden cottage set to become a volunteer hub complete with shop, kitchen and training room. By providing a comfortable base, it is hoped that the museum’s volunteer base with flourish and grow.

While the volunteers’ hub gets a makeover, the walled gardens are also set for a charming change to renew the Georgian formation. 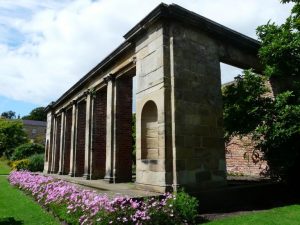 Although the former kitchen gardens, there is currently no direct access to the Hall itself. An archway will be cut in the adjoining wall to lead visitors straight through from hall to garden.  This connection means children can also learn how food goes from ground to plate – digging potatoes straight from the ground to prepare in the Victorian kitchens.

The courtyard outside the volunteer hub will be paved and a new south front entrance made from the arched summer houses which currently conceal the actual entrance.

Inside the gardens, the layout will be transformed dramatically.

The 1980s pond will be filled in to create an events space, with seating areas planned in place of the clematis archway and the derelict glasshouse. An original Georgian pond, which is thought to have been filled in decades ago, will be uncovered and dug back out.

The second glasshouse to the front of the walled gardens currently houses fruit trees such as peaches and nectarines. But the stand out vine is that of the Cannon Hall Muscat; a 200-year-old sweet grapevine brought back from Greece by John Spencer Stanhope. Grown from a seed, this has become the Mother Vine for which all modern vines have been cut from. With the help of volunteers, Cannon Hall are hoping to complete further research into its origins to compile more detailed information for visitors.

Around the walls of the gardens sits the renowned pear collection made up of over 70 varieties, with the oldest dating back 200 years. Research will be done to find the correct names, ages and varieties to ensure they are all plotted properly.

Not just fruit, the gardens are also home to a botany of azalea and rhododendrons, with the museum being given specific dendrology funding to analyse the DNA of these woody plants when they flower in May.

Activities at the Park and Gardens

Organised by Parks and Gardens Heritage Officer, Annice Fuller, the project sees a spectacle of well-loved events return.  In late summer, the museum will be hosting its annual pear day, with pear themed events and activities based around what to do with pears and fruit such as cider and pie making. Historical re-enactments will also continue to be a roaring success at the visitor attraction.

In addition to these popular events, there will also be a wide range of new activities on offer.  By working in four specific areas of interest – archaeology, history, horticulture, and ecology and biodiversity – the team hope that there is something for everyone to get involved with. 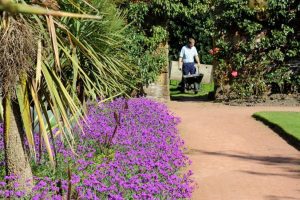 For those interested in archaeology, there will be the chance to grab a shovel and search for the missing Georgian pond in the walled garden or the plunge pool in the Fairyland.

Children will be able to get involved by joining the young rangers club and taking part in orienteering or outdoor learning classes.

For horticulturalists, there will be chance to delve back and discover the history of the many fruit trees in the gardens.

And with sustainability at the heart of the project, visitors will be able to learn more about the environment and the species that call Cannon Hall home through the many ecological activities that are planned.

Exciting opportunities to take part in hedgerow crafts, such as the traditional woodturning skill of bodging or going on a bat walk to discover the six species of bats that roost in the park, will also be on offer.

By offering a host of activities, the project team are aiming to engage every part of the local community and promote the importance of safeguarding our surroundings through restoration projects such as this.

The project team are keen to hear from anyone who would like to be involved in this fantastic project and in helping to preserve the park and gardens for future generations.

Whether you want to gain or enhance your skills, share your knowledge or meet new people, there are plenty of opportunities for you to get involved.

For green fingered gardeners, the volunteer team are always looking for budding horticulturists to join their ranks and help tend to the many plants and trees on site. They are also launching a volunteer pear group for anyone interested in helping prune, graft and look after the fruit trees.

The team are also keen to hear from anyone who would be willing to form a history group to discover more about the Cannon Hall parklands.

For more information about volunteering, contact 01226 772002 or email cannonhallparkandgardens@barnsley.gov.uk

With all work set to be completed by 2020, keep updated with what’s happening throughout the project here

Wath: Queen of the villages, King of the festival

Teaming up to remember Ben Heap